School of Science and Technology, Singapore


1.    Indicate the type of research that you are adopting:


e.g. Investigation of the antibacterial effect of chrysanthemum

[ ] Measure a value: Experimental research (I)
e.g. Determination of the mass of Jupiter using planetary photography

[    X   ] Measure a function or relationship: Experimental research (II)
e.g. Investigation of the effect of temperature on the growth of crystals

[ ] Construct a model: Theoretical sciences and applied mathematics
e.g. Modeling of the cooling curve of naphthalene

[ ] Observational and exploratory research
e.g. Investigation of the soil quality in School of Science and Technology, Singapore

[ ] Improve a product or process: Industrial and applied research
e.g. Development of a SMART and GREEN energy system for households

A.    Question being addressed

Ionic substances in solution break down into elements during electrolysis. Different elements are released depending on the particular ionic substance. Since we are experimenting about electrolysis of seawater , the ionic substance in the solution is sodium chloride, NaCL. Predicting the product depends on the material of the negative electrode (cathode) and negative ion in the substance.

At the anode, oxidation takes place, as negatively charged ions lose electrons. For our experiment, the negative ion in the substance is chloride, Cl–, so we predict that the element given off is chlorine, Cl2.
Putting it together, we get hydrogen gas at the cathode and chlorine gas at the anode when the ionic substance in the solution is sodium carbonate during electrolysis of sea water. Thus, a solution of sodium hydroxide forms.

The dependent variable is the mass of calcium carbonate.

C.    Description in detail of method or procedures
Equipment list : 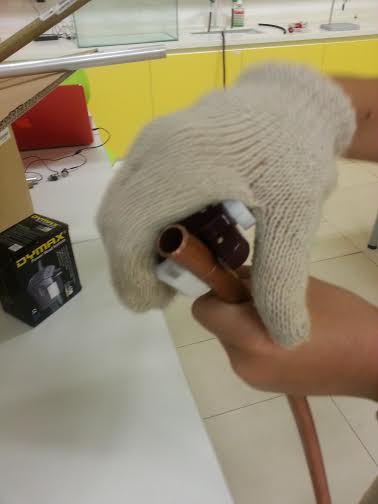 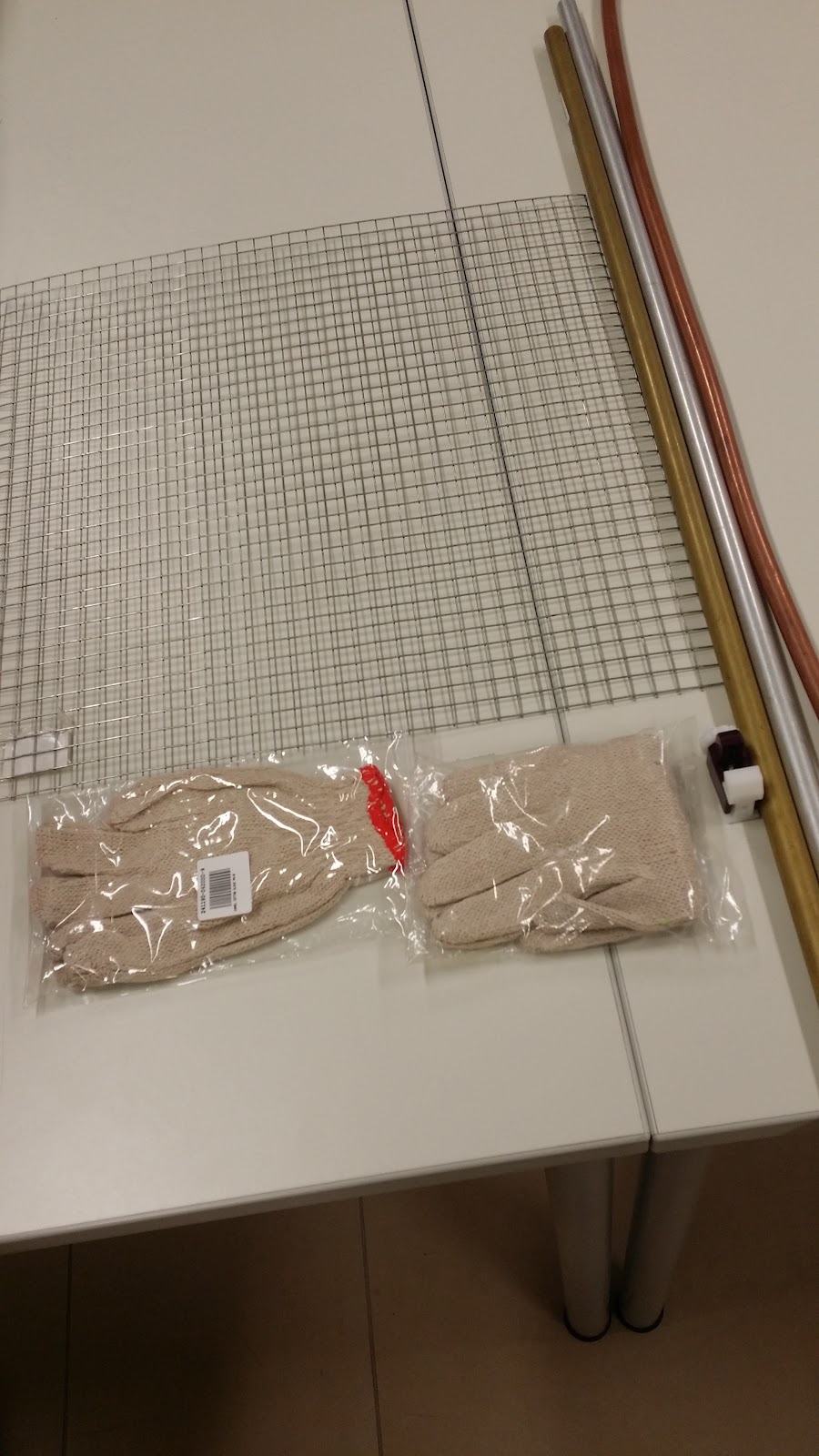 These are some of the materials which will be used in the experiment. They consist of the gloves to be worn while cutting the metal pipes and putting the cathode into the water. Wire mesh to build the cathode, 3 different types of metals in order to build the cathode whereby we could choose which material would be suitable for the anode cathode etc and lastly, metal cutter so that we can cut the metal rods to the size and length we want/ is suitable for the experiment. We have still yet to buy the corals, coral chips (calcium carbonate), chiller, water pump, sea salt etc. Since the wire mesh is galvanised, it will have no reaction when placed in the salt water causing the biorock not to work. Thus, we need need to either rub the layer on top of the wire mesh using wire mesh or drop it in acid. 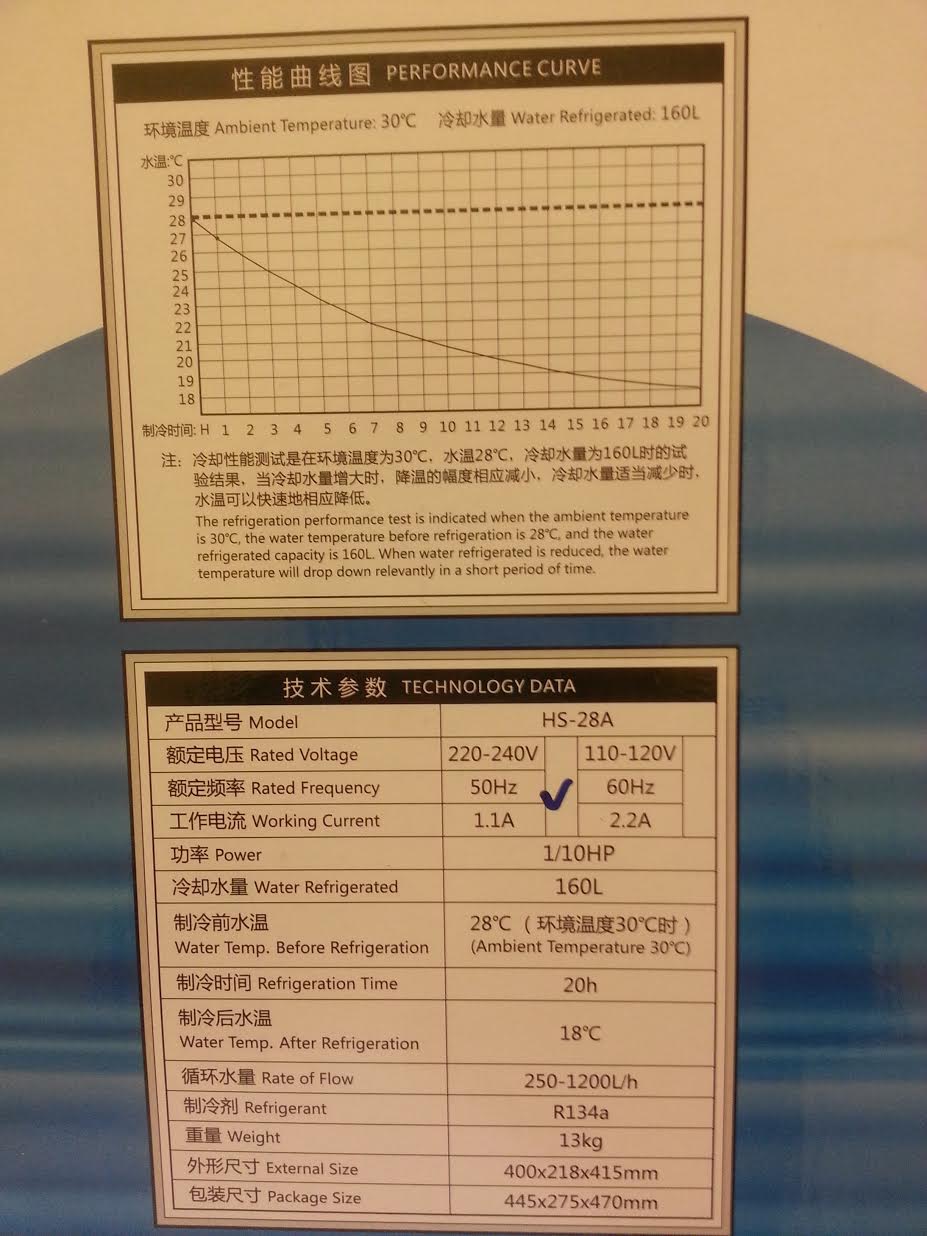 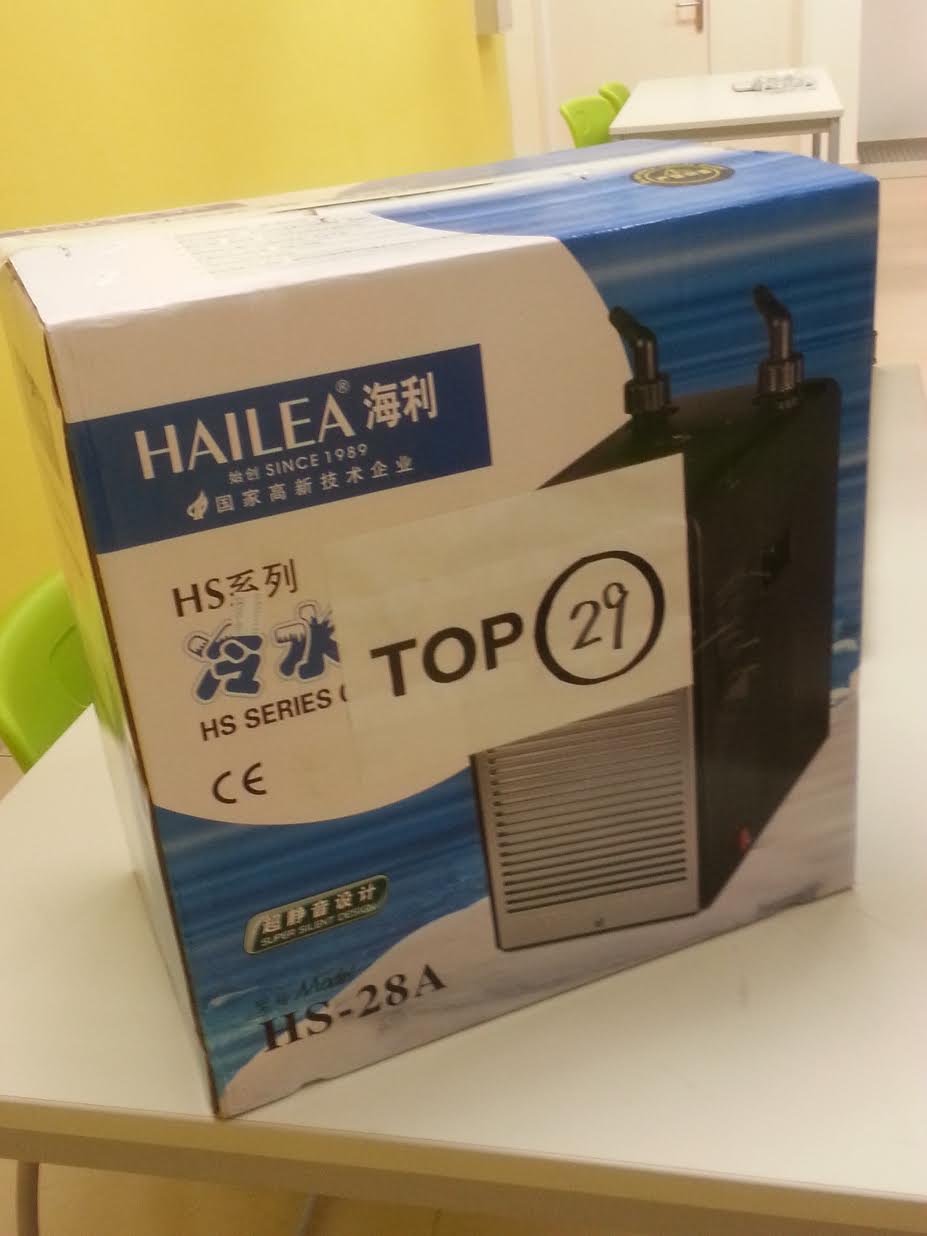 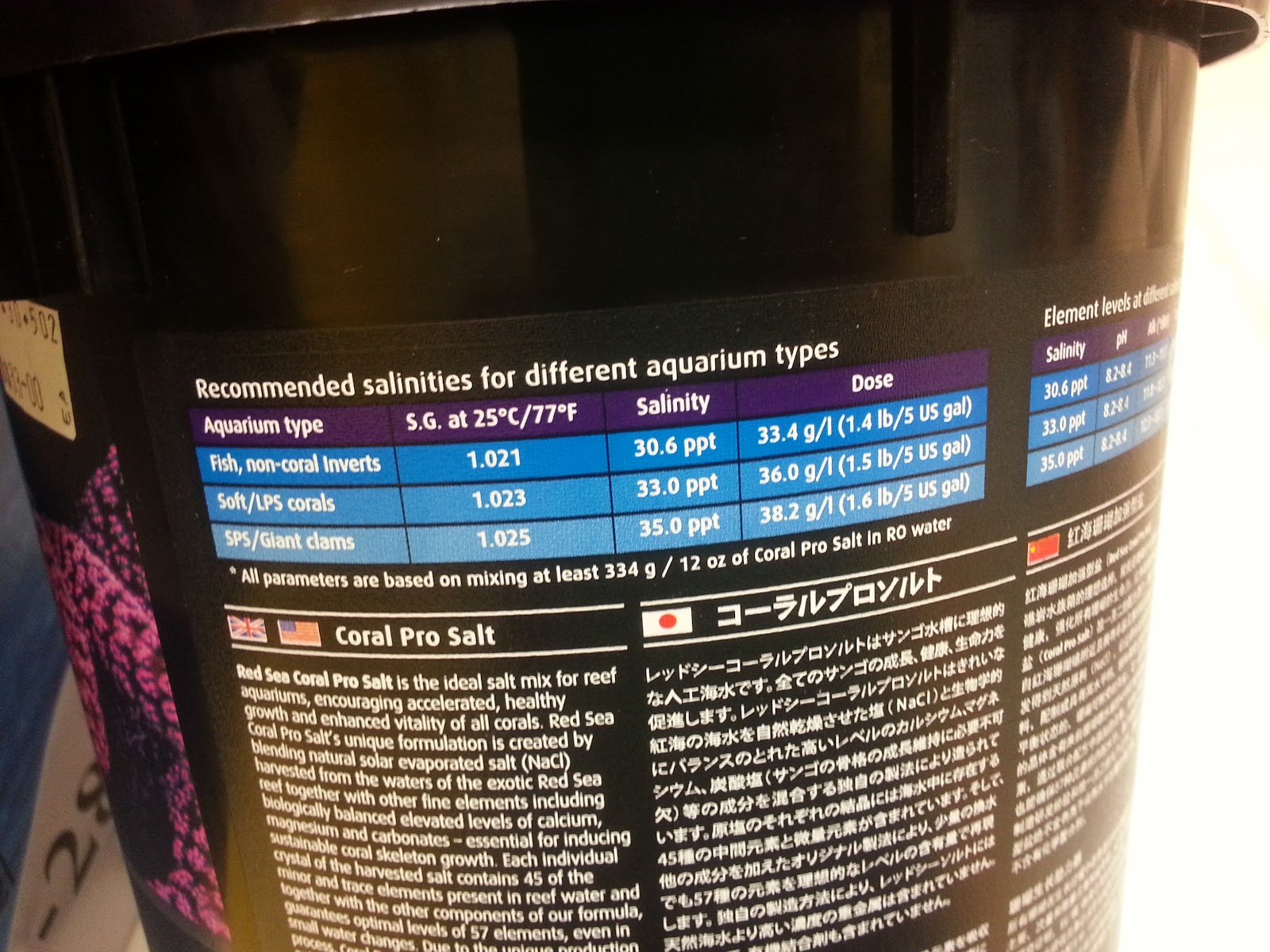 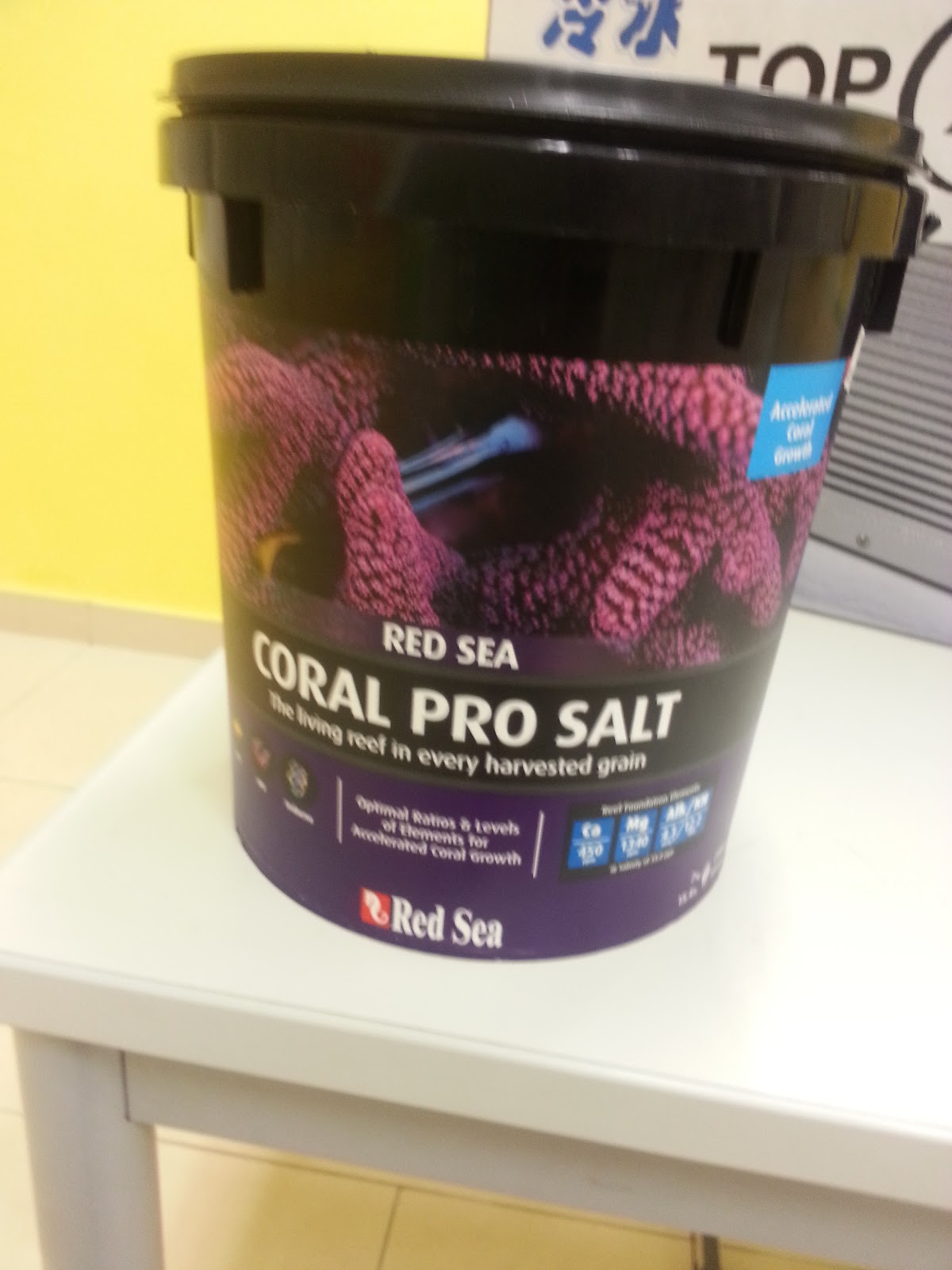 This is the sea salt that we have to add to the water to make it saline. After researching, we found out that corals grow optimally in water salinity of 32 to 42 points per thousand (ppt). In the second picture, it is stated that the recommended salinity for corals is 33.0 ppt. Thus we would be using the recommended salinity. We would also be using a salinity sensor connected to a data logger to measure the amount of salinity in the water. We would borrow that from the science lab. 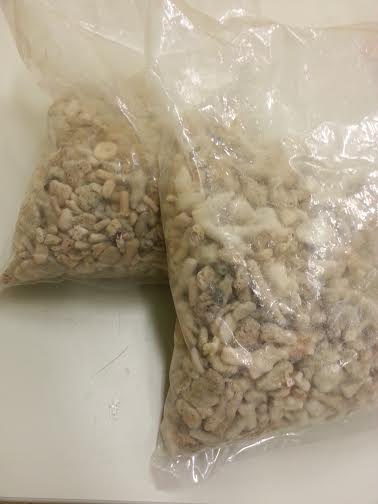 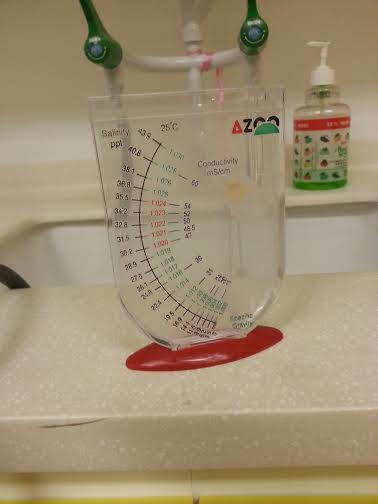 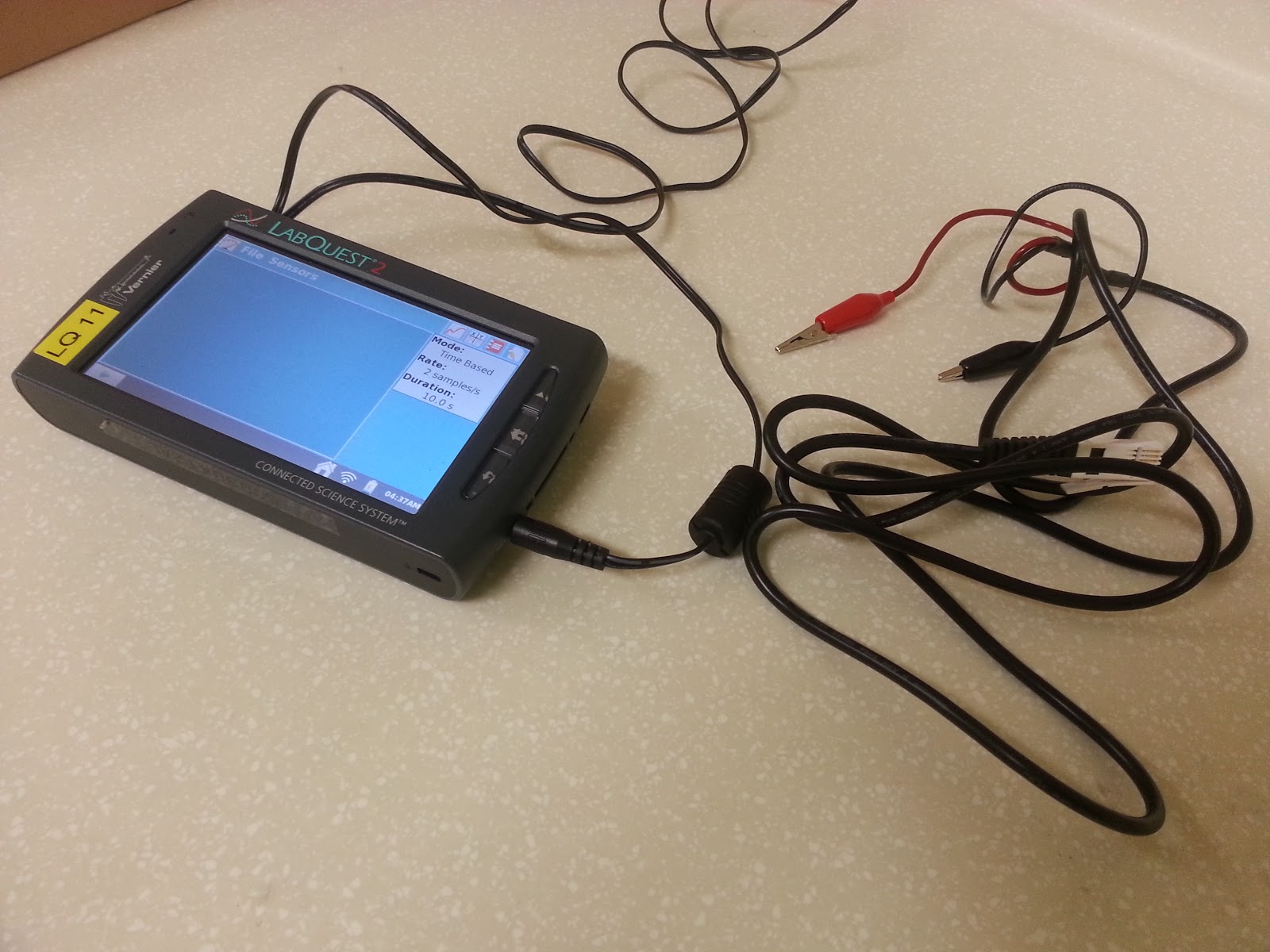 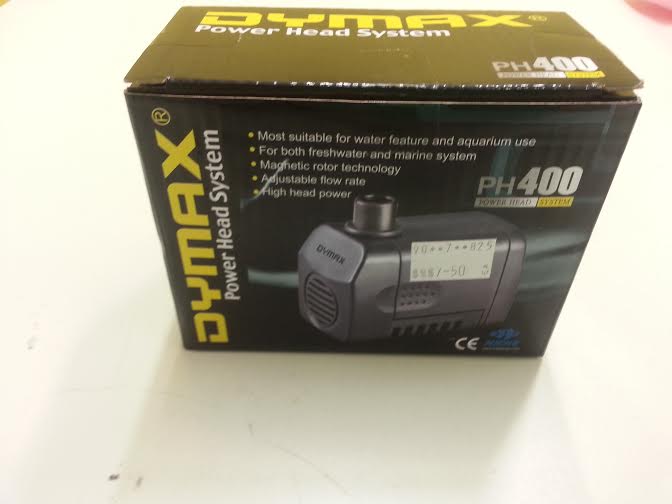 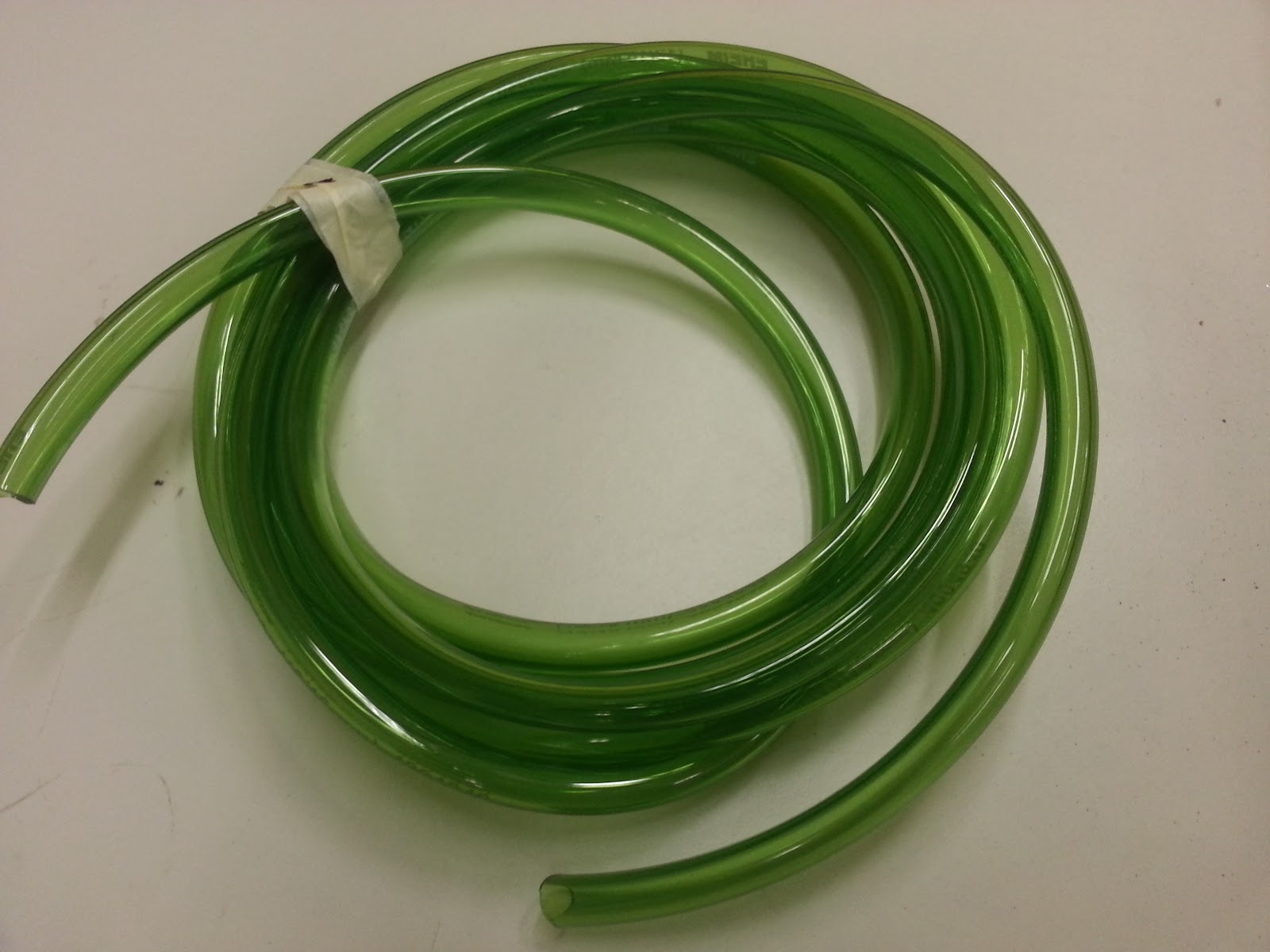 This is the tube we bought for the experiment. The pump enables water to be transported from the rank to the water input of the chiller, to the water output and back.

Experimental set up
Figure 2.1 - Setup for the test of the best anode material 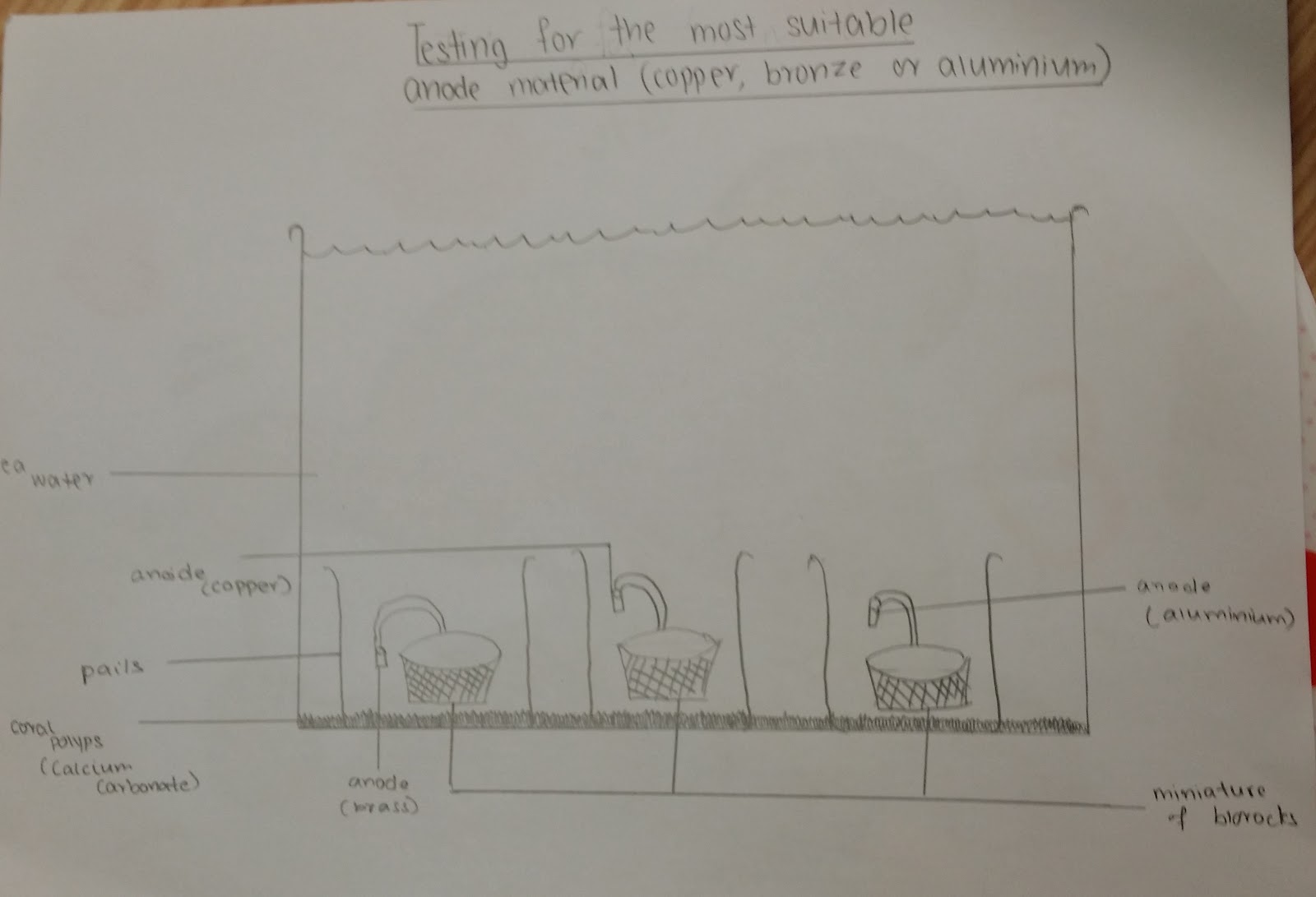 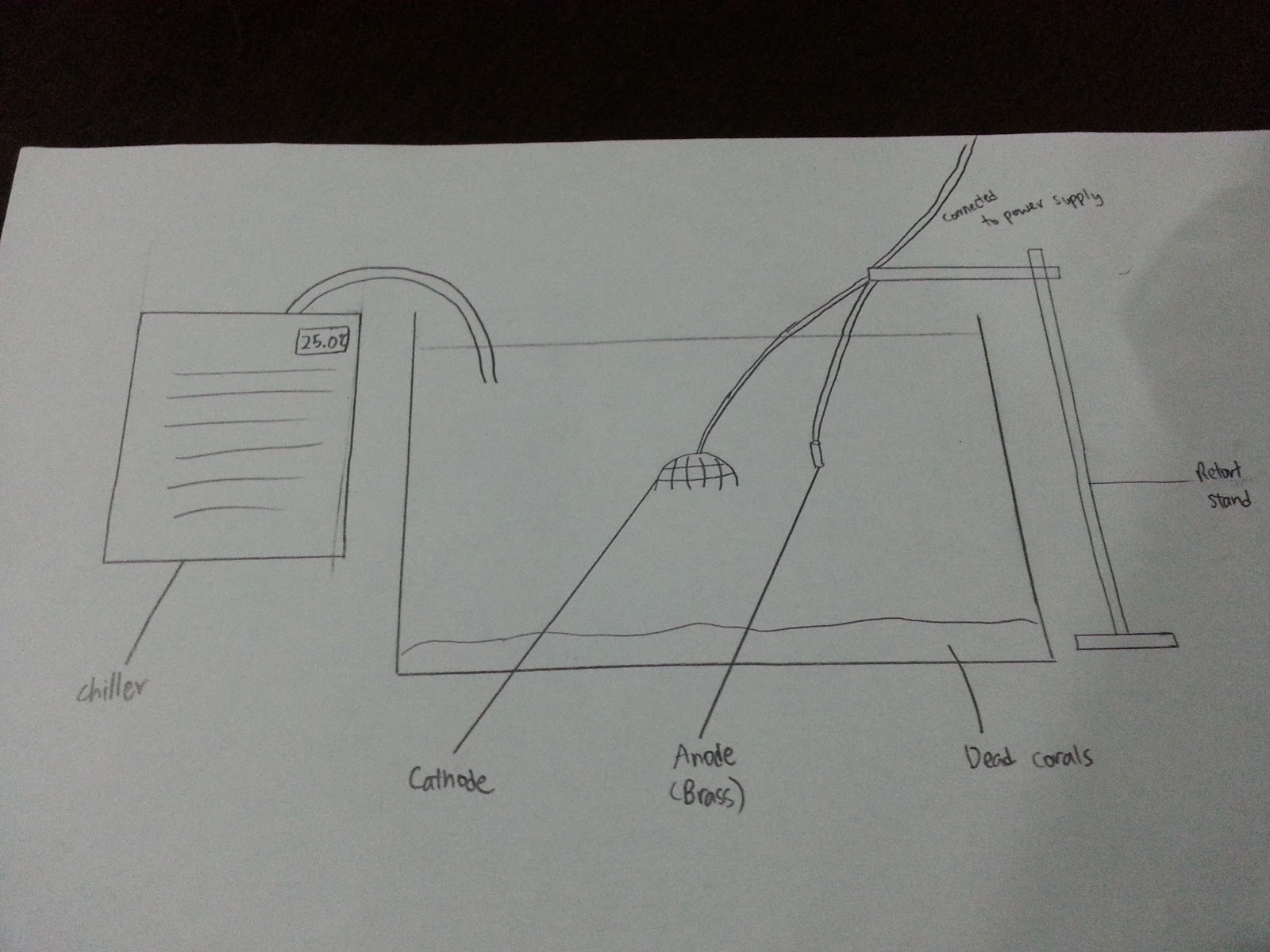 This figure shows the experimental sketch of our experiment, to find out what is the most suitable temperature (15˚C, 20˚C, 25˚C) which increases the rate of electrolysis. We are going to do this one temperature at a time. We would need to change the temperature of the chiller to 15˚C and 20˚ after doing the 25˚C experiment.

This photo is a diagram of the Biorock setup. Instead of solar panels, our group is going to use the direct power point for the current. In this setup, a low voltage current from the solar panels is sent to the cathode structure on the ocean floor (the steel frame). Thus, the calcium carbonate and magnesium hydroxide in seawater accumulate as limestone and the corals grow. Also, our cathode will be in the shape of a dome instead of a cylinder for the corals to grow easily. We will be doing 2 experiments. The first experiment is on which material of the anode is the most suitable for the corals to grow and the second experiment is about which temperature of the seawater is the best for the corals to grow on the cathode. We will be using the chiller to ensure that the temperature of the seawater remains the same throughout the experiment. We will be also using a temperature sensor on the set up to ensure that the chiller is functioning and the temperature remains the same.

Figure 3.2
This is an online source we found which is similar to our experimental. But, there will be some changes made. This diagram shows where to insert the anode and cathode. The anode should be placed at the positive terminal of the circuit while the cathode, should be placed at the negative terminal. We will also be using a chiller to keep the temperature of the seawater constant. We will also be placing a temperature sensor to monitor the temperature of the sea water and to make sure that the chiller is working at all times. Our cathode will also be a miniature only due to space constraint.

Figure 3.3
This is an example of a Biorock that was made by our seniors. Their cathode is in the shape of the SST Logo. Our group will be doing the cathode in the shape of a dome which will be easier for the corals to grow on it and electrolysis to happen. Also, it will be easier to build as it is not is a complexed shape. Our biorock will also be much smaller than this. We will also have different setups as we are testing how the temperature affects the growth of the corals on the cathode and which anode material, (brass, copper and aluminium) will be the most suitable for corals to grow on the cathode. 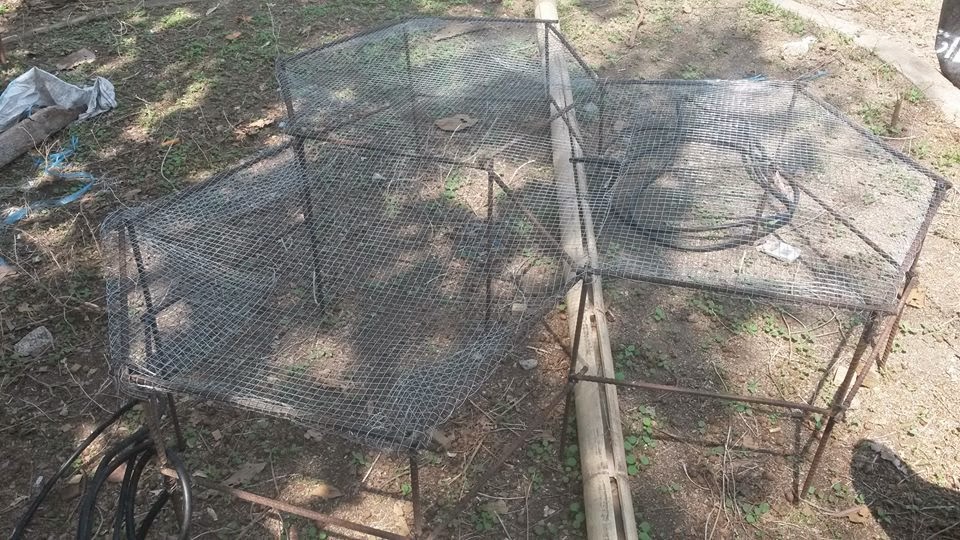 Procedures: Detail all procedures and experimental design to be used for data collection

For the test on Anode,
For experiment on the anode that affect the rate of electrolysis.
Step 1:
We will cut the each piece of iron mesh into 9 smaller equal pieces (cathode). We will then cut the corners of each of the cathodes so we can fold it into a dome shape.
Step 2:
We will then use a pipe cutter to cut out one small piece of each of the 3 pipes. This will be used as the anode for each of the circuits.
Step 3:
We will then submerge 3 cathodes and one of each small pipe piece into hydrochloric acid to remove the galvanise layer of the metals as they may not react if we did not do so. This is because the galvanise layer prevent the metals from rusting.
Step 4:


Step 5:
We will then measure the mass of each of the cathodes and anode and we will then pair each cathodes to one type of the anode.

Step 6:
We will pour 150 grams of calcium carbonate into each bin so as to represent the dead corals in the sea. We will then pour 1 liter of tap water into each of the 3 bins we are using and pour another 35 grams of red sea salt into each of the bins so that the solution would be approximately that of seawater (Seawater).
Step 7:
We will connect the crocodile clips accordingly to the anode and the 3 cathodes (The Anode connected to the positive terminal and the Cathode connected to the negative terminal of the adapter) and lower each pair into each of the 3 bins.
Step 8:
We will then on the power source to let calcium carbonate form on each cathodes in the 3 bins. Electrolysis will be directly proportional to the calcium carbonate forming on each dome shape iron mesh so we will be able to tell which anode is able to increase the rate of electrolysis by getting the mass difference of the cathodes and/or anode for the start and the end of the experiment.
Step 9:
We will off the power source after ½  an hour and take out the anode and cathodes of each bin. We will then dry it for approximately 1h before measuring the mass of each of the anode and cathodes and getting the difference.
Step 10:
We will then repeat the experiment a second time to get the average of the result as that will allow the results to be more accurate.

For test on temperature,

In the experiment, make sure that the temperature is constant by using a lab thermometer. 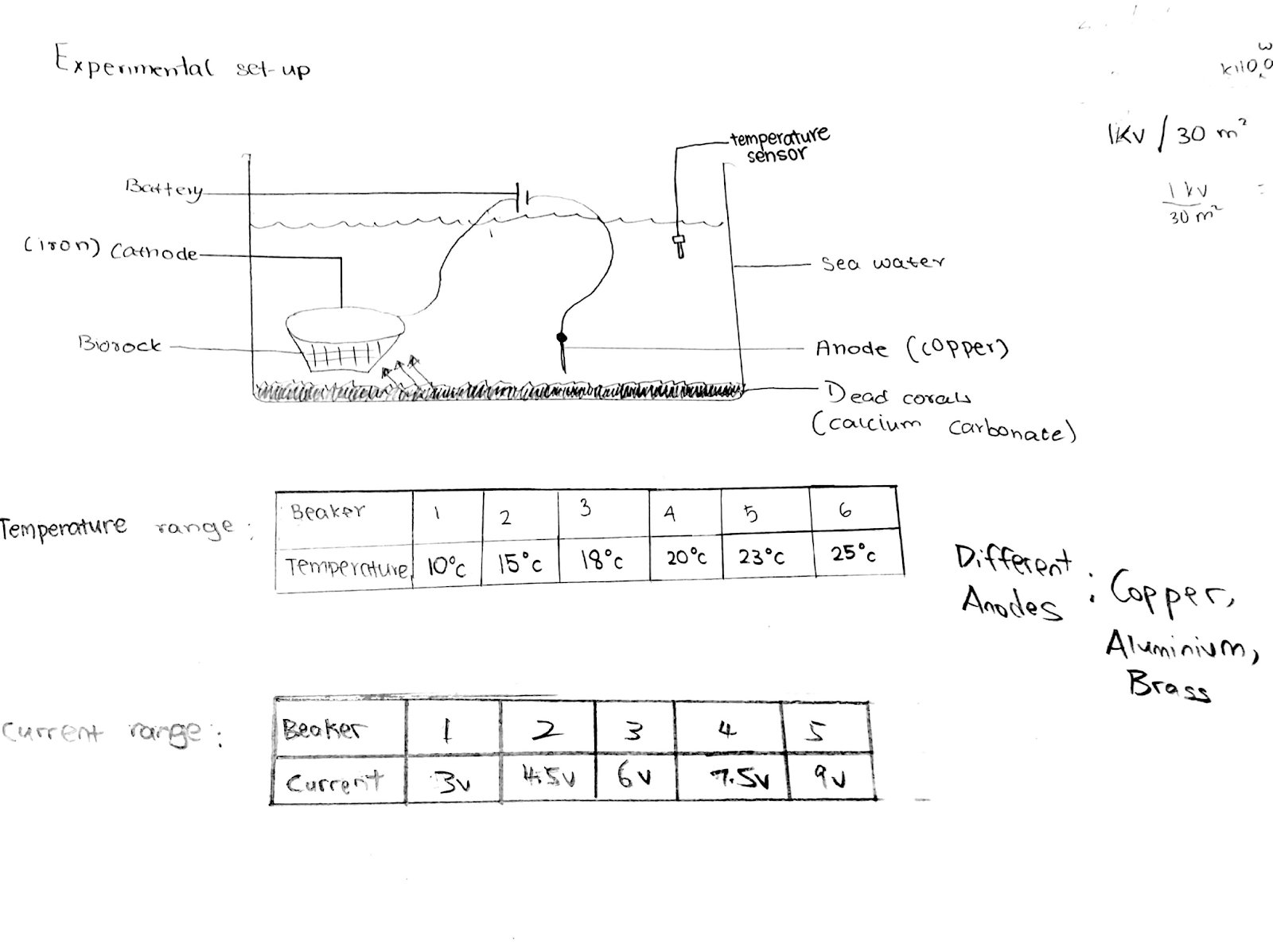 This is one of the first sketches we made for our experiment. Whereas, we will not be using the same temperature as stated in the sketch. So, we changed the temperature to 15˚C, 20˚C, 25˚C so that it is feasible for the chiller to cool the water to that temperature. 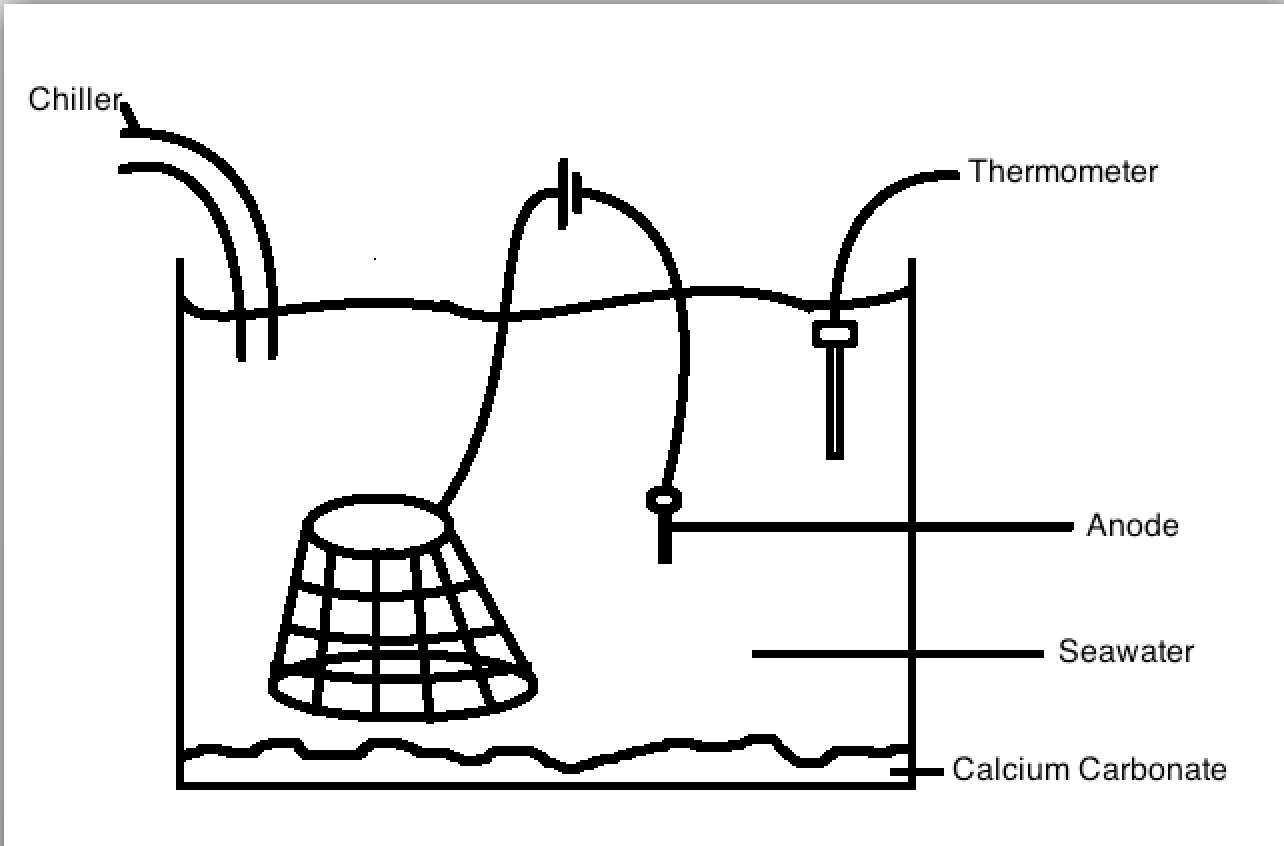 This is our digital sketch of a cathode in the tank, with an electric current running through the circuit and the Calcium Carbonate will deposit onto the cathode through electrolysis.

Risk and Safety: Identify any potential risks and safety precautions to be taken.

• Data Analysis: Describe the procedures you will use to analyze the data/results that answer research questions or hypotheses

Growth of Calcium Carbonate against Temperature of the seawater. 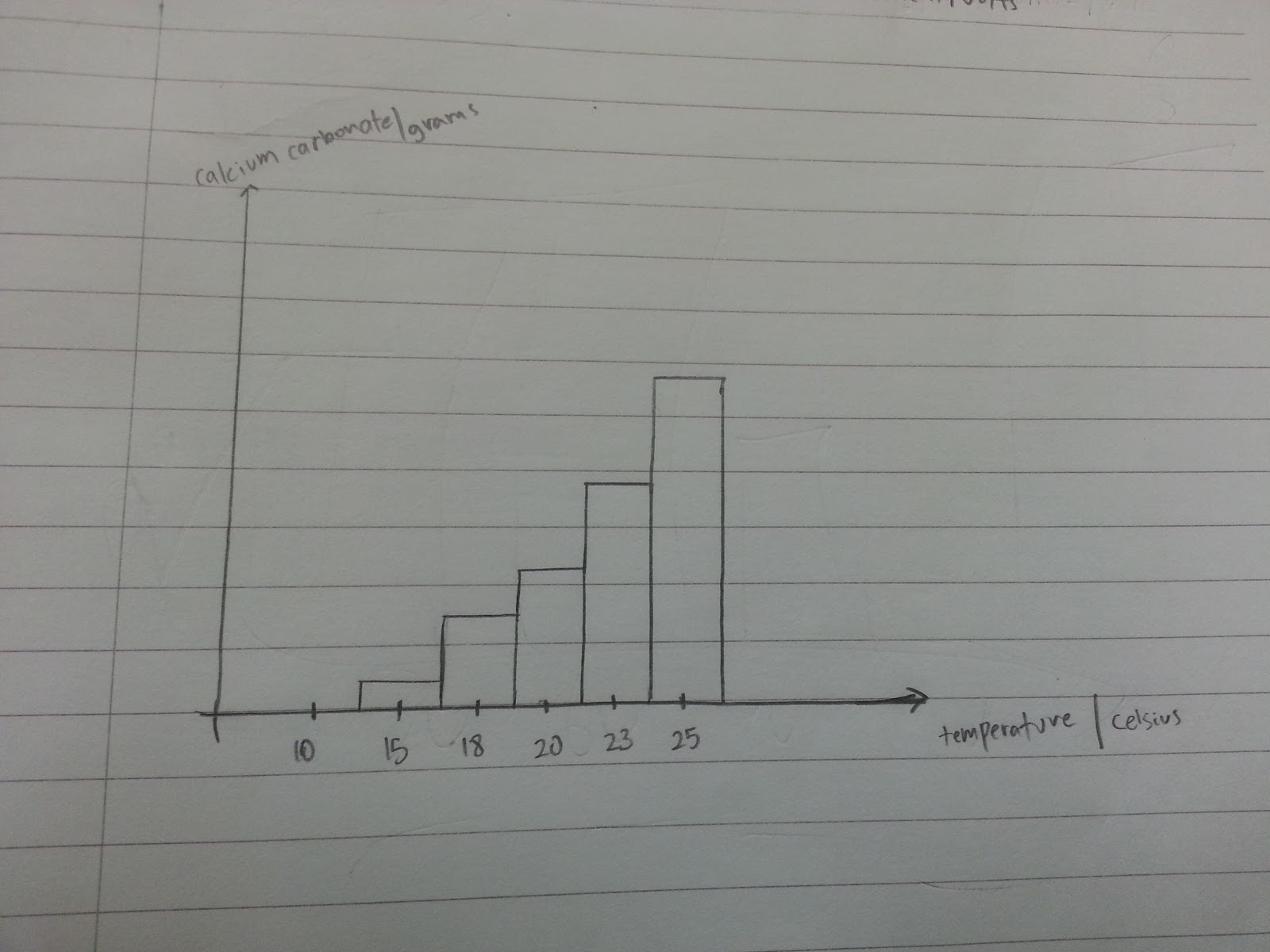 From the graph, we can see what is the best temperature for growing Calcium Carbonate. Our hypothesis is that the higher the temperature of the seawater, the more calcium carbonate will get formed on the Biorock.

In what types of water do corals live? (2014, November 19). Retrieved February 2, 2015, from http://oceanservice.noaa.gov/facts/coralwaters.html

Separate Hydrogen and Oxygen from Water Through Electrolysis. (2010). Retrieved February 22, 2015, from http://www.instructables.com/id/Separate-Hydrogen-and-Oxygen-from-Water-Through-El/